As a regulator, we often receive reports of wrongdoing against those we regulate. Some of those reporting wrongdoing may be regulated by us, as Principle 3, Outcomes 3.3 and 3.4 of the CILEx Code of Conduct requires them to report suspected breaches of the Code and misconduct to us, unless professional privilege or client confidentiality applies. We may also receive information from the employees of our regulated entities in the hope that they can benefit from whistleblowing protection.

There are, however, certain conditions which must be met in order for the report of wrongdoing to qualify as a protected whistleblowing disclosure and thus be eligible for the legal protection offered under the Public Interest Disclosure Act 1998.

Whistleblowing is a term used when an individual discloses information that they reasonably believe shows certain types of serious wrongdoing within their workplace. This includes reports that any of the following has occurred, is occurring or is likely to occur:

Individuals who report these types of wrongdoing are protected from being dismissed, or subjected to any form of detriment because of their disclosure, such as exclusion from a pay rise, or rejection for a promotion if:

A worker need not necessarily be correct about their concern, as long as they have reasonable grounds for believing that the information they disclosed is substantially true, and that this belief was honestly held in all the circumstances prevailing at the time of the disclosure. Protection is not afforded to those who make vexatious or wild allegations. 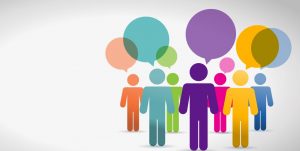 CILEx Regulation is not a prescribed person and would be considered an external party. As such, we would usually recommend that any disclosures are made to the firm first, where possible, in line with the firm’s policies and procedures. We would expect CILEx firms to have policies and procedures in place for staff to report their concerns.

If the firm/organisation is regulated by CILEX, it may be possible to make a disclosure to CILEx Regulation if the worker reasonably believes that the information or allegation is substantively true, does not make the disclosure for personal gain and has either already reported to their firm, or is unable to do so for fear of evidence being concealed or destroyed or fear of being subject to a detriment.

However, we cannot guarantee protection as this is ultimately a matter for the Employment Tribunal. We would advise anyone seeking to make a protected disclosure to us to obtain independent legal advice before doing so.

Complaints that do not count as `whistleblowing’

Personal grievances (for example bullying, harassment, discrimination) are not covered by whistleblowing law and should be reported under the employer’s grievance policy, unless the case is in the public interest.

A disclosure of information will also not be protected if the person making the disclosure commits an offence in doing so. This could be, for example, where a worker leaks official information in contravention of the Official Secrets Act. In these circumstances, regardless of any public interest element of the disclosure the individual may still be prosecuted for the offence.

Any information that is subject to legal professional privilege will not be protected. Regulated persons seeking to make a disclosure must also comply with the Code and their legal and regulatory obligations.

What we can do

If a report is made to us, we’ll usually check whether the issue has been reported to the firm or employer first and whether their policy has been followed.

Anonymous whistleblowing disclosures will be considered by CILEX Regulation although it may not always be possible to investigate or substantiate anonymous disclosures. It will also be more difficult to update you with the progress of our investigation.

We will investigate concerns about wrongdoing in line with our Code of Conduct and take action where the disclosure indicates a serious breach of the CILEx Code of Conduct in a way that is likely to amount to professional misconduct. Further information about how we deal with reports of wrongdoing is available on our website.

If you are unsure how to proceed or you want independent advice at any stage, you should contact a whistleblowing charity such as Protect.